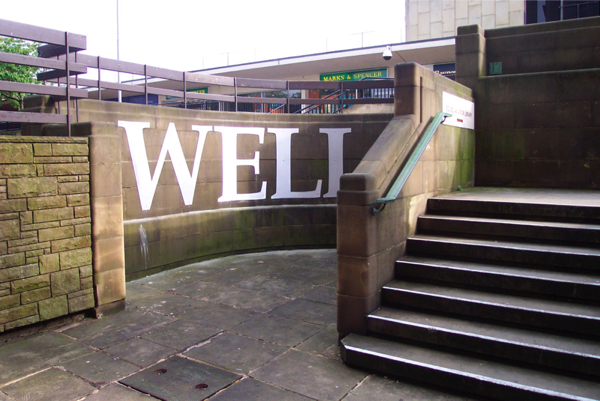 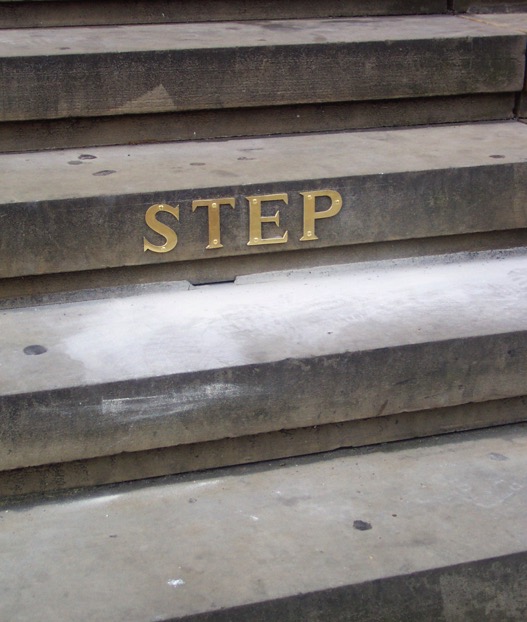 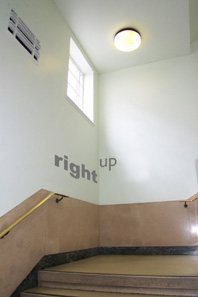 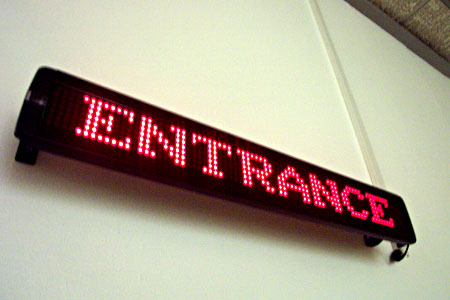 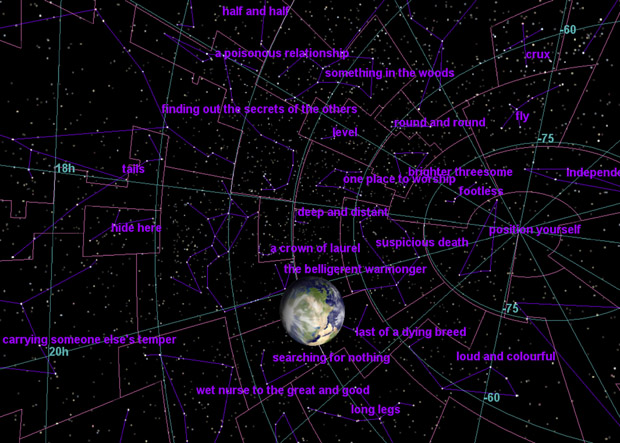 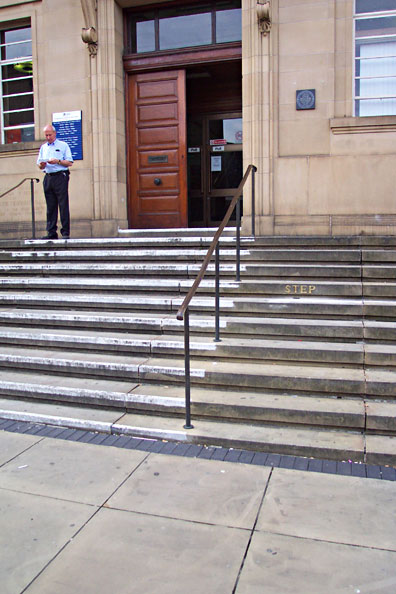 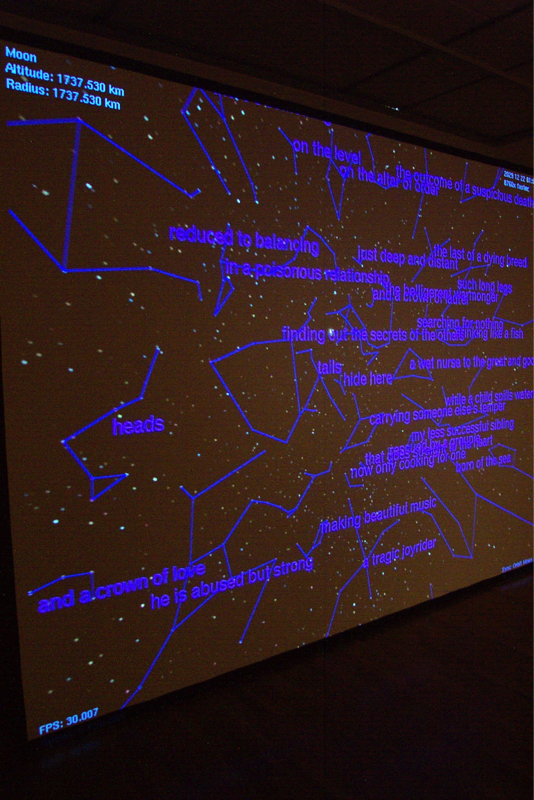 Route One is essentially a derogatory term for a form of football in which the most direct and inelegant route to goal is attempted. But routes and destinations are inextricably linked - if the purpose is to score as many goals as possible then why not take the most direct route?. But routes require signposts and instructions and a legible syntax to help travellers stay on course. And out of this syntax develops a culture of passage, a pattern of signs and signifiers that often conflict and contradict their fundamental purpose, creating textures, landscapes and architectural forms that may speak of many things other than themselves and their principle purpose.

In developing Route One for Huddersfield the purpose was to support the visitor in locating and enjoying the gallery. But to do so by using route-marking signage to create statements about the architecture, purpose and design of the gallery.

The project was in 2 parts :

Route One.1 – a permanent intervention

Using the conventions of signage this part of the project aimed to both help navigate the visitor towards the gallery, but also offer an opportunity for some deliberate mis-readings and ambiguities that may reveal details of architecture, space and population that would otherwise blend into the background.

Using the corporate font style chosen for the gallery and applying it in forms appropriate to conventional signage ( e.g cut letters, door plates, standard iconography) the project will labeled the route to the gallery through the construction of a single sentence, spread out through the visitors route.

This sentence might not instantly be read as a single sentence, but it will also serve the function of identifying elements of the building along the route.

Route One.2 – a temporary gallery-based work

Where are we going ? Right back here of course.

We sit on the surface of a globe that is spinning at 1,038 mph, while travelling through space in an orbit round the sun that is 584,018,400 miles long. Once a year we complete this cycle and arrive back where we started - give or take a few thousand miles. But as the sign said on the wall of Albert Einsteins office, "Not everything that counts can be counted, and not everything that can be counted counts." We cycle inside this unimaginably colossal universe and attempt to rationalise our existence by both counting it (how many stars are there ?) and working out how it counts for us (how can the patterns of the stars affect our destiny). But through the science of Einstein we know that we are cast in a life in which the distant stars are untouchable but inherently part of us, part of the same stuff of which we are made back when everything started.

Out of these kindred heavens we have long attempted to extract some narrative, some sense of why the patterns of stars above us act in certain ways, appearing and disappearing at times that herald flood or famine or future personal destiny. The stories we have inherited have grown out of Greek and Arabic mythology and have gradually extended to include a range of creatures and gods whose stories of rage, jealousy and family feuds would not be out of place in today’s soap operas. In many ways these stories are perhaps the only things that we have that might be as eternal as the stars themselves. Human emotions played out on a grand stage allowing us to believe that all things are made in our image.

Route One.2 presented these constellations as part of a contemporary narrative, clothing the characters of Greek myth and Enlightenment fantasy in the garb of today. Displacing the artefacts, but sustaining the scripts in which good and bad things happen to people whose sacrifices often elevate them to the stars. This narrative unfolds as we view the stars drifting across our field of view as the year passes. In the piece the constellations are viewed from the orbit of the moon circling the earth. The earth floats in and out of view while our sun provides some distant illumination. The constellations are much as they are seen from earth, but the earth is intentionally not seen as central to the constellations, merely a lonely floating orb in the blackness of space. The piece began by showing the constellations as they are on the day the exhibition opened and then ran, in accelerated time for 1000 years over the 6 weeks of the exhibition.

The piece complemented the permanent installation Route One.1 in which a sentence is formed by a set of descriptive signage elements spaced along the route to the gallery from the street outside. The final element in the sequence being formed by the simple LED 'Entrance' sign offering the visitor passage to Route One.2, the unsubtle pun indicating to the visitor an appropriate state of mind for stargazing.

The beautiful computer software engine that drives the piece was built by Chris Laurel and is called Celestia. Chris very kindly allowed his work to be re-programmed for this piece.