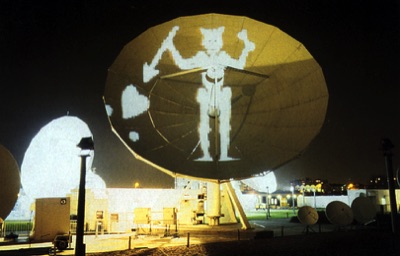 Pirates' Lament was an outdoor projection work consisting of a sequence of still images and text. The work has been shown in three sites - the BT earth satellite station in London docklands, Hull city centre and New Brighton (nr Liverpool). All these sites were chosen because of their proximity to old ports. The piece used powerful slide projectors to show a sequence of 15m wide images from 35mm slides authored using basic computer graphics packages. The entire sequence comprising some 80 slides which animated a short poem or sea shanty on the theme of lost harbours - of a pirate adrift at sea with no hope of return.

The piece used as its theme the romantic mythology of pirates and compared the architecture and landscapes of old ports with the contempoary appearance of these places with satellite dishes and aerials instead of sails and masts.

The piece was originally commissioned by Camerawork, Moviola & Hull Time-based Arts and featured in the River Crossings festival in east London and Root94 festival in Hull.

The text used in the piece is:

the rowdy signs of a rowdy age

where pirate ships of plastic oak

will sail upon a stucco sea.

Our harbours lost to all domain

beneath the mighty tower crane,

and every court for leisure too

With buried treasure on TV

to tempt you out upon our sea

we mash and grind the vicky gears,

we suck your gums and box your ears.

will never pay the pirate's rent 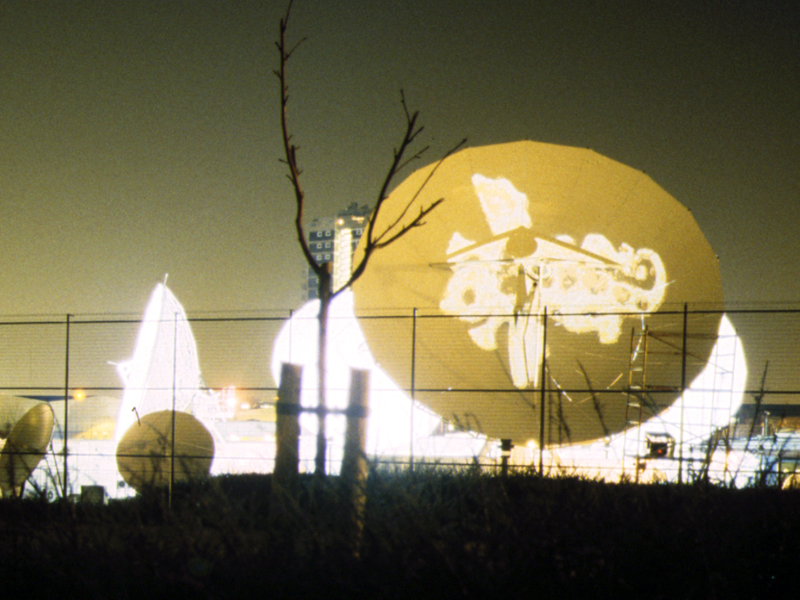 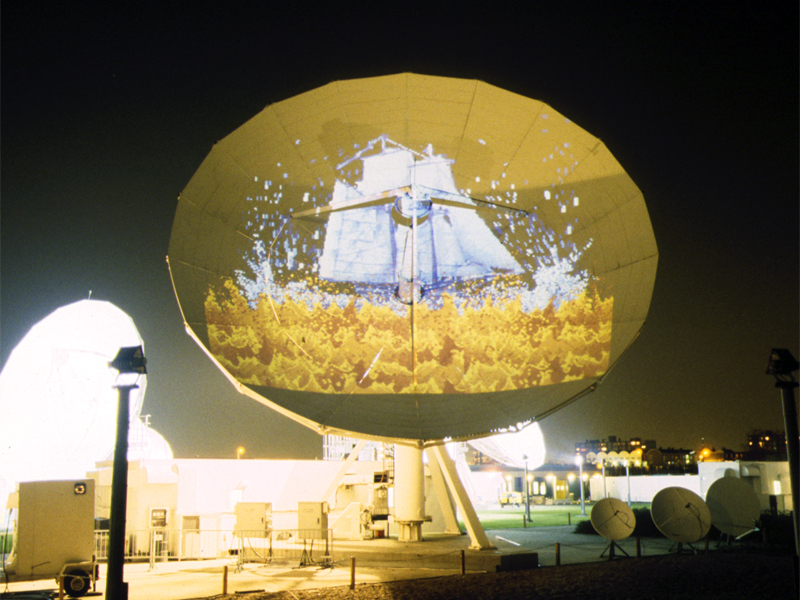 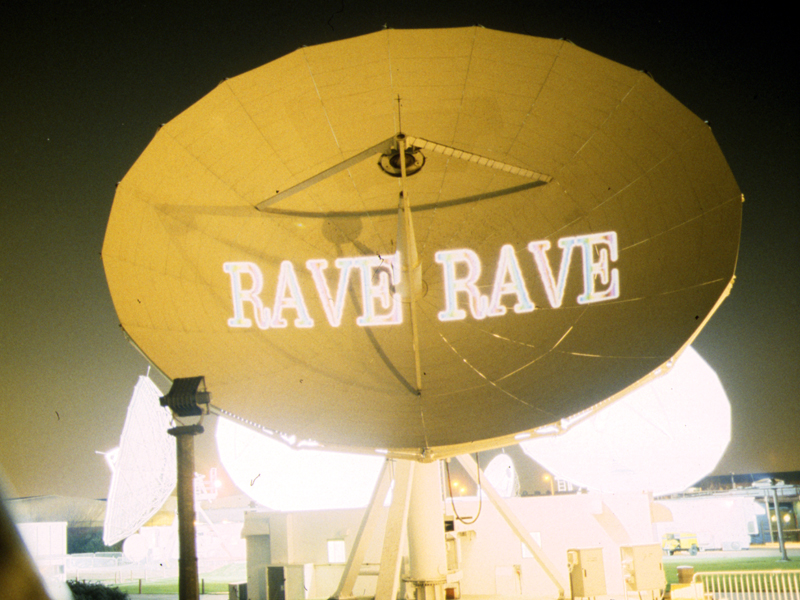 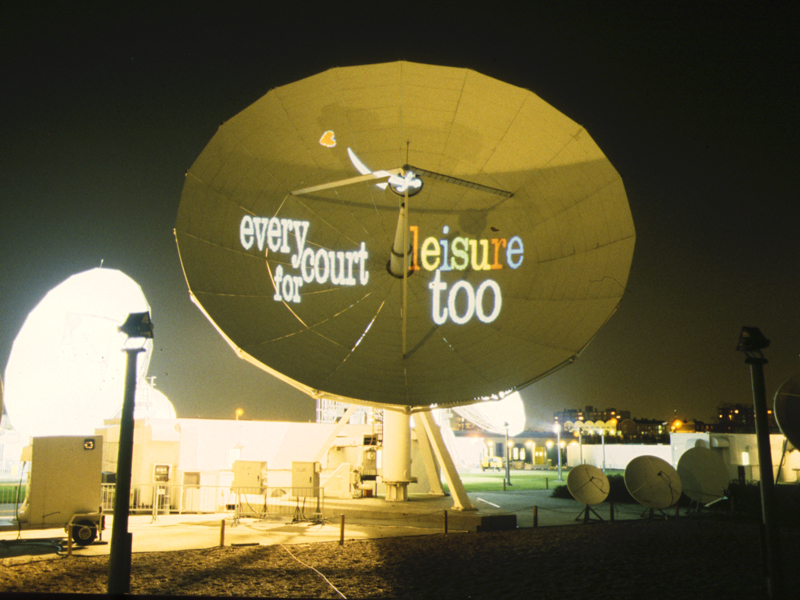 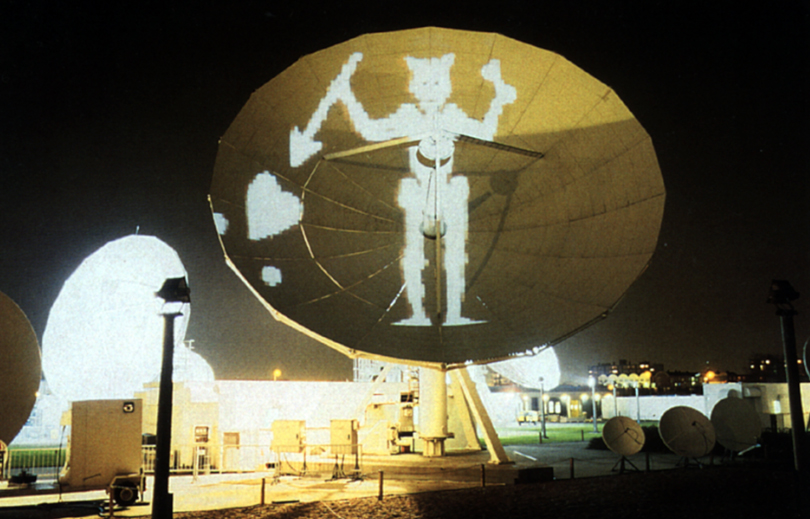