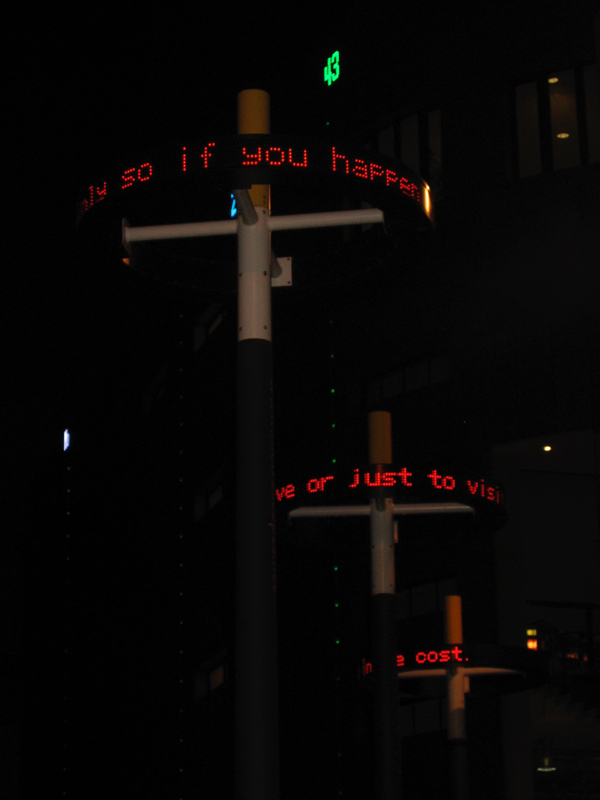 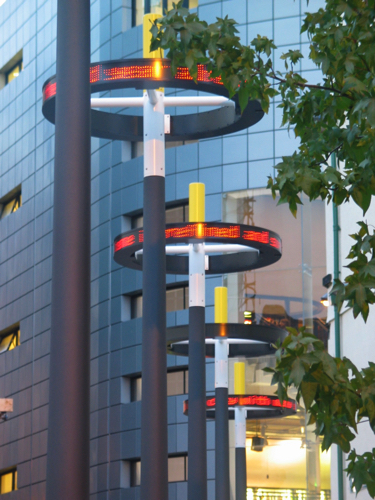 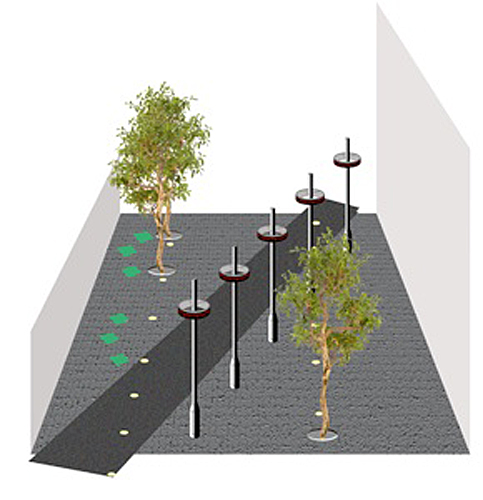 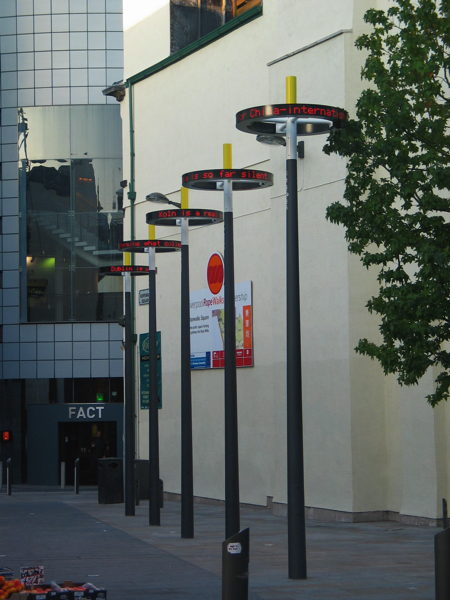 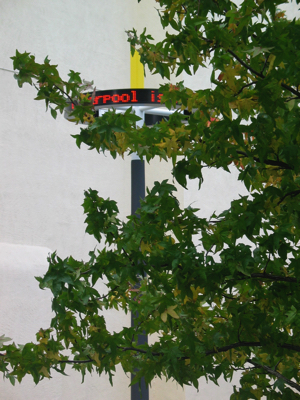 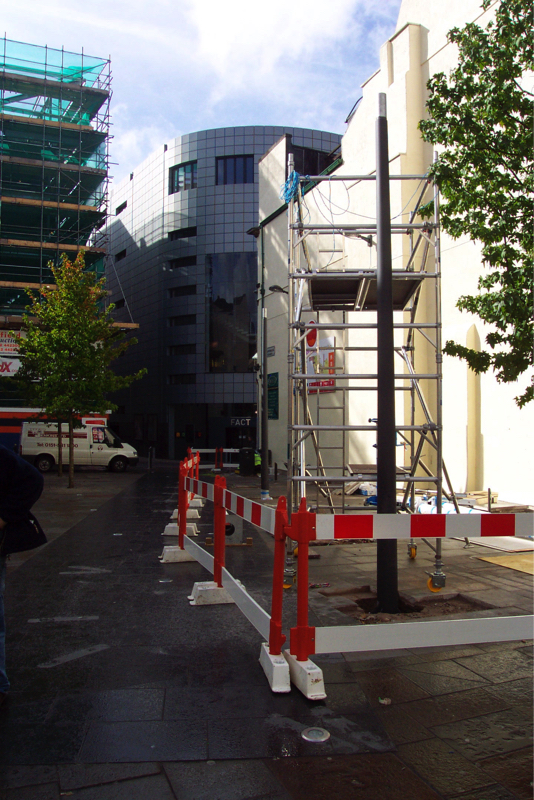 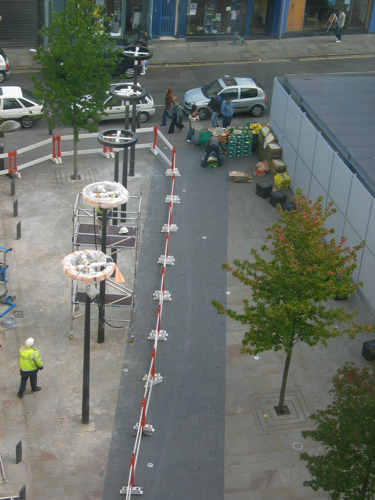 Liverpool city has formalised sibling relationships with a number of other cities around the globe. These arrangements respond to similarities of culture, architecture or commerce and provide a sense of perspective, of a commonality that both reinforces and extends the self-image of those participating in such a relationship. This project aims to respond to these relationships by making them manifest in a dynamic way within the Liverpool RopeWalks area. The piece uses the internet as a barometer for representing current thinking about a particular place. By sampling live information from across the globe the piece represents this thinking through a constantly changing active lighting display in Ropewalks Square.

Five circular LED dotmatrix displays are each mounted on individual columns in the Ropewalks Square. The displays show a constantlymoving string of text illuminated through bright red LEDs. Each LED display representing a particular city – Liverpool and four of its twin cities (Odessa, Dublin, Shanghai, Köln). The text that appears on each display is generated dynamically by a web search engine, constantly searching the internet for a particular piece of information. The information in this case being the simple statement “Liverpool is”, or “Shanghai is” (and so on for each of the 5 cities). When this statement is found on the web, the complete sentence is captured and sent to the queue to be displayed. Through this automated technology thedisplay will function like a cultural barometer, capturing and representing opinions and statements of fact about Liverpool and its sister cities. The displays function for 24 hours a day, representing the constant flow of data and opinion that ebbs and flows throughout the worldof the internet, providing a publicly visible outlet in the heart of the city. The piece is constantly changing and random interactions between displays create additional readings indicating the rise and fall of comment about each of the cities.

Design and construction of displays by Technographic Displays Ltd