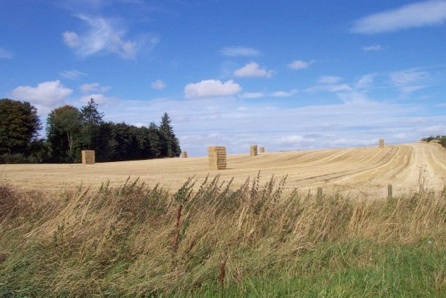 This work explores the notion of the final performance that many of us might choose not to make. It looks at the theatre of the last words we may utter and places them in a context of capital punishment, both contemporary and ancient.

The state of Texas in the USA is one of the most active users of ultimate deterrence. Through an unblinking policy of capital punishment it has carried out 349 executions since 1982 and has assiduously documented the legal and penal processes of these executions. One aspect of this process is the recording and publication of the last statement of each of these death-row inmates. The statements, often terse, often religious, offer a chance for a brief insight into the choice that few of us is likely to have, namely to choose carefully the last words we utter in this life.

This piece used a number of these final statements as a starting point and places them in the context of some of the writings of the 18th Century Italian philosopher Cesare Beccaria, one of the most eloquent writers on the state’s relationship to crime and punishment. It positions these texts, both visual and spoken within the last views that may have been taken by those making a one-way trip to Gallow Hill in the remote Angus countryside.

The piece comprises a simple digitally projected slide show of landscape images overlaid with the texts taken from the Texas Department of Criminal Justice.

It was commissioned by CRATE as part of the National Review of Live Art at the Tramway in Glasgow in 2006.

Shadows of memory by Chris Byrne

"For in and out, above, about, below,

'Tis nothing but a Magic Shadow-show,

Play'd in a Box whose Candle is the Sun,

Round which we Phantom Figures come and go." 1

For his work 'Callous to Misfortune' Clive Gillman has chosen to utilise the form of the slide show, as a means to present landscape images from Gallow Hill, Angus. Superimposed upon the slides are texts chronicling the final words of condemned inmates on death row in Texas, before facing execution. Alongside, a panel of text carries a quotation from Cesare Beccaria expounding on the injustice of capital punishment. 2

Here we see the artists' fascination with intertextuality which has been explored in many of his works. 3 The interplay between text and image, the layering of meanings formed through juxtaposition forms a dialogic performance within the space of the work. As Nicholas Bourriaud has suggested "Making a work involves the invention of a process of presentation. In this kind of process, the image is an act." 4 'Callous to Misfortune' explores historical and philosophical confluences around punishment, injustice and death, through creating connections between texts which do not have direct geographical or temporal relationships.

Constructing translocal linkages between the historic resonances of a specific locale, the heartfelt despair of prisoners awaiting their fate, and moral argument against the cruelty of execution, Gillman makes a strong statement: an act of remembrance. He positions image and text as markers, part of our collective memory. The work reflects upon the process and implementation of law, the effect that unjust laws have on the common people, the poor. "Who made these laws? The rich and the great, who never deigned to visit the miserable hut of the poor," is Beccaria's impassioned rebuff to the inhumanity of the State. 5

Gillman's use of the conventions of the slide show bears echoes from another artist concerned with injustice, namely the late Bill Douglas, whose cinematic account of the Tolpuddle Martyrs 6 used the transitions of the magic lantern show as a central metaphor for the forces of history and the desire to transform society for the better.

1 - From FitzGerald's translation of the Rubáiyát of Omar Khayyám, quoted by film-maker Bill Douglas in 'A Lanternist And His Comrades', The New Magic Lantern Journal, volume 5, number 2 (August 1987)

6 - Comrades, 1986, Douglas, Bill. The film tells the story of impoverished English workers in the 19th century and their transportation to Australia for forming a trade union.

'I shall be told that perpetual slavery is as painful a punishment as death, and therefore as cruel. I answer that if all the miserable moments in the life of a slave were collected into one point, it would be a more cruel punishment than any other; but these are scattered through his whole life, whilst the pain of death exerts all its force in a moment.

There is also another advantage in the punishment of slavery, which is, that it is more terrible for the spectator than to the sufferer himself; for the spectator considers the sum of all his wretched moments whilst the sufferer, by the misery of the present, is prevented from thinking of the future. All evils are increased by the imagination, and the sufferer finds resources and consolations of which the spectators are ignorant, who judge by their own sensibility of what passes in a mind by habit grown callous to misfortune.

Let us for a moment attend to the reasoning of a robber or assassin, who is deterred from violating the laws by the gibbet or the wheel. I am sensible, that to develop the sentiments of ones own heart is an art which education only can teach; but although a villain may not be able to give a clear account of his principles, they nevertheless influence his conduct. He reasons thus; ‘What are these laws that I am bound to respect which make so great a difference between me and the rich man ? He refuses me the farthing I ask of him and excuses himself by bidding me have recourse to labour, with which he is unacquainted’.

Who made these laws ? The rich and the great, who never deigned to visit the miserable hut of the poor, who have never seen him dividing a piece of mouldy bread, amidst the cries of his famished children and the tears of his wife. Let us break those ties, fatal to the greatest part of mankind and only useful to a few indolent tyrants. Let us attack justice at its source. I will return to my natural state of independence. I shall live free and happy on the fruits of my courage and industry. A day of pain and repentance may come, but it will be short; and for an hour of grief I shall enjoy years of pleasure and liberty. King of a small number as determined as myself, I will correct the mistakes of fortune and I shall see those tyrants grow pale and tremble at the sight of him, whom, with insulting pride, they would not suffer to rank with their dogs and horses.

Religion then presents itself to the mind of this lawless villain, and promising him almost a certainty of eternal happiness upon the easy terms of repentance, contributes much to lessen the horror of the last scene of the tragedy.'

Cesare Beccaria, On Crimes and Punishments 1784